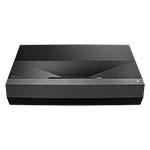 Optoma mpn:CINEMAXP1
We also sell accessories for your projector. 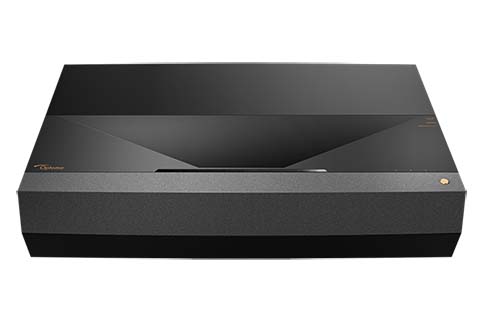 Take control of your home theater with voice commands. With the Alexa smart home and custom skills or Google Actions, you can control your Smart+ projector with voice control using your Amazon Echo and Google Home devices. IFTTT support enables interoperability with thousands of other smart devices.

The integrated soundbar is designed to produce detailed sound with clear dialogue thanks to its two full-range drivers and two woofers within isolated, ported chambers.

The ultra-short throw ratio lets you place the projector just 8" from your screen or wall to create an 85" image.

The TapCast companion app lets you tap an icon on your Android or iOS mobile device to play music, images, photos, or documents through the projector, control it, screen share, or install APKs. Wireless screen mirroring is supported via iOS, Mac, OS X, Android, Chrome OS, and Windows.

Transform your wall or screen into your own personal assistant with the InfoWall customizable information display. Configure it to display your calendar, weather information, daily news, and more using the Optoma companion app on your compatible mobile device.

* -- indicates specification not published by manufacturer.