Everything you ever wanted to know about SXRD projectors

The DLP chip used in DLP projectors was invented in 1987 by Dr. Larry Hornbeck, a physicist at Texas Instruments.

Is Dr. Larry’s invention right for you? Read on to find out.

How do DLP projectors work? 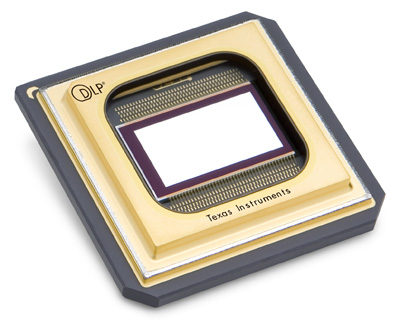 Inside a DLP (digital light processing) projector is a DLP chip covered in millions of mirrors. These mirrors are tiny: less than a fifth the width of a human hair.

Each mirror represents a single pixel. They tilt back and forth, reflecting light as necessary to create a highly detailed grayscale image.

The light is directed through a spinning color wheel. The wheel synchronizes with the DLP chip to create the final projected image.

Pros and cons of DLP projectors

Because a mirror on a DLP’s microchip can be stopped from reflecting any light, DLP projectors traditionally provide much darker black levels than LCD projectors. They are especially popular among home theater enthusiasts.

Dollar for dollar, DLP projectors are generally not as bright as their LCD counterparts.

Some DLP projectors produce “rainbows”, a colorful trail that follows a moving object across the screen. Many customers don’t notice these, while others are extremely sensitive. Call a projector expert to learn more about a specific model.